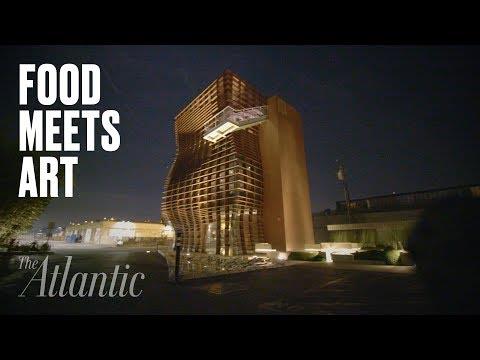 “The menu started with color and form,” says chef Jordan Kahn of Los Angeles restaurant Vespertine, described on its website as a “gastronomical experience seeking to disrupt the course of the modern restaurant.” In a new video from The Atlantic, Kahn details his culinary inspiration—which started with the building itself. “I stood in front of the [building] for a solid 25 minutes,” he says. “That was the first time I’d ever been emotionally and physically moved by a piece of architecture.”